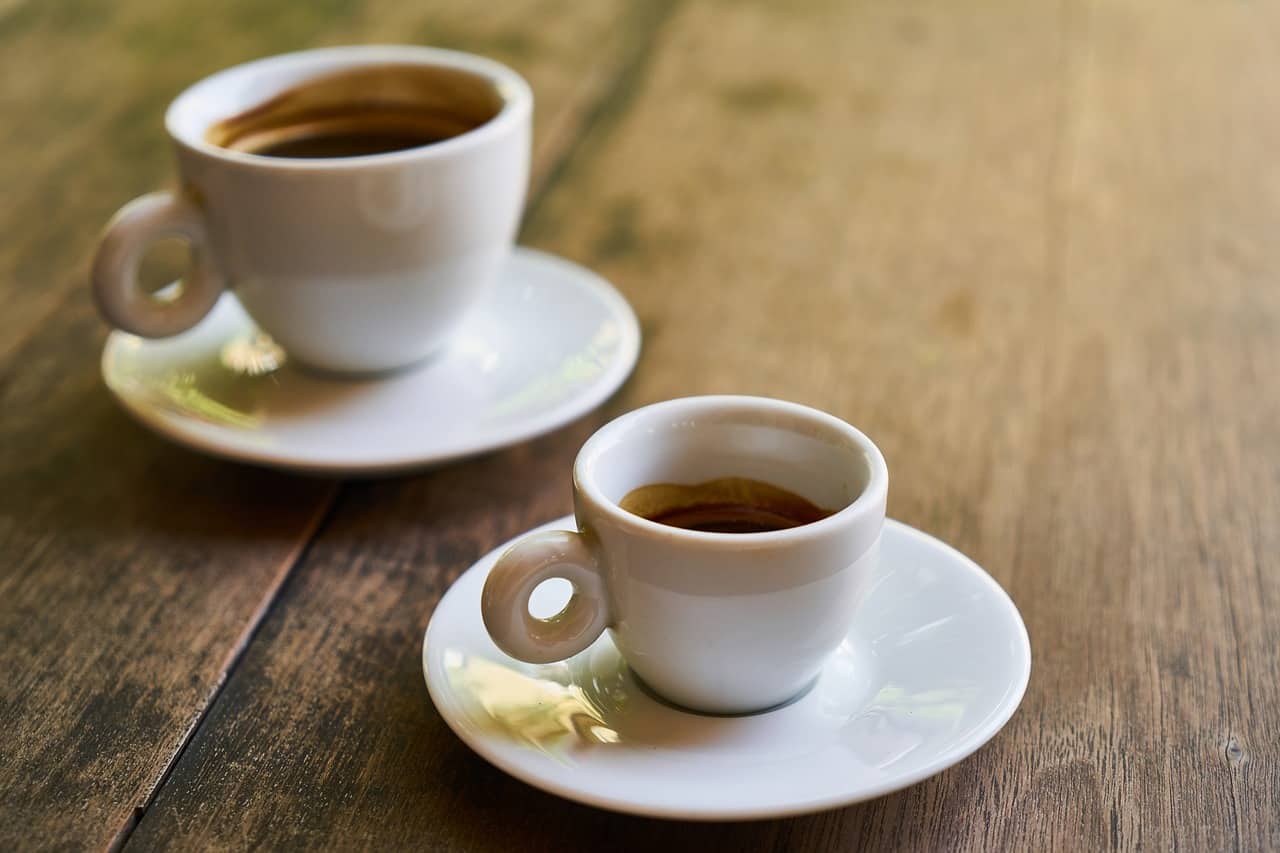 What’s the main difference between Americano vs long black coffee? The world of specialty coffee is complex and intimidating.

So, it is not surprising if many people like me find it hard to decide what to order in coffee shops.

But if there’s confusion when it comes to deciding which coffee drink is more caffeinated than the other, it would be Americano and Long Black. These two coffee have similar components, so most people think they are the same.

But comparing Americano vs. Long Black, the real difference lies in how you make them.

An Introduction To Americano Coffee

The Americano is among the most popular coffee that consists of espresso. This drink came from Italy, where it was called Caffe Americano — translating to “American Coffee.”

Italian espresso was too strong, so people thought of watering it down to make it more palatable. The resulting brew is the Americano that everyone knows now.

The Americano sits between espresso and drip-brewed coffee. It boosts the flavour of an espresso shot. However, the water reduces the bitterness, so you will be able to taste some sweet notes.

How To Make An Americano?

When comparing Americano vs. Long Black, one thing worth noting is that you cannot disarrange their order when it comes to preparation.

When making a cup of Americano, the espresso goes first into the cup before you dilute it with water. This results in two layers with some cream spinning in between.

What About Long Black?

The Long Black coffee is popular in New Zealand and Australia. This espresso-based coffee consists of two espresso shots, unlike the Americano that only has one shot.

This coffee is popular among people who want a more bitter coffee than Americano but less potent than espresso.

When you differentiate the taste of Americano vs. Long Black, you will find that the latter tastes stronger. The reason is that the Long Black has the espresso shots on top, so it is not as mixed up as the Americano.

How To Prepare A Long Black Coffee

Unlike the Americano, Long Black coffee is prepared by pouring the hot water into the cup before the espresso shot. This way, the espresso froth sits on top of the drink rather than in the middle.

So, How Do They Differ?

Even a minor tweak in the preparation of Americano and Long Black will affect their taste. So, you need to know how they two differ for you to get the correct flavours.

If you want to make your own cup at home, here are the differences that I found between Americano vs. Long Black coffee:

The first thing you will notice between Americano and Long Black is how they look. The Americano has a lighter colour, and thinner crema (a flavourful and aromatic reddish-brown froth) on top since the espresso shot is poured into the cup first.

It also consists of more water than Long Black to dilute the coffee’s bitterness.

On the other hand, the Long Black has two espresso shots, so it is darker and more potent than Americano. This type of coffee also has less water and more crema.

A cup of Americano has a mild espresso flavour. The reason is that it uses more water and a single shot of espresso.

Meanwhile, the Long Black tastes stronger since it has equal parts of water and espresso. For this reason, you can still taste the espresso, although it will be less bitter.

Additionally, the type of bean used for making espresso can also affect the taste of Americano and Long Black.

These two types of coffee are perfect for people who like the light taste of espresso without the calories of milk.

Americano vs. Long Black, when it comes to calories, almost has none. For this reason, they are perfect for people who are on a diet.

Can You Use Ristretto Instead Of Espresso?

What is Ristretto? Can you use it as a replacement for espresso when making Americanos and Long Blacks?

Ristretto is similar to espresso. However, the preparation process is somewhat a shortcut.

Unlike espresso, ristretto uses finer coffee grounds and less water. As a result, you will get a more concentrated brew for a shorter time.

This brewing method also improves the sweet notes of ristretto. And if you want to try a strong brewed ristretto but hesitate due to its caffeine content, it contains the same caffeine amount as espresso despite the stronger taste.

Going back to Americano vs. Long Black, you can use ristretto instead of espresso when making them. However, the resulting brew will be stronger than when you use espresso.

Which is healthier between black coffee and Americano?

Dana Hunnes, the senior dietitian at Ronal Reagan UCLA Medical Center, says black coffee is the healthiest brew. The reason is that it is simply coffee and water.

But Americano is a healthy coffee too as it only contains espresso and hot water. Meaning it does not have calories or anything that may increase your cholesterol levels.

What is stronger, Americano or black coffee?

Black coffee contains more caffeine than Americano, so black coffee is stronger. According to Mayo Clinic, Americano, which contains two espresso shots, has approximately 94 to 150 milligrams of caffeine.

On the other hand, black coffee contains about 95 to 200 milligrams of caffeine.

Is it okay to drink Americano every day?

Too much coffee can cause you health problems, especially problems that involve your digestive tract. For this reason, make sure to limit your coffee intake to four 9-ounce cups every day.

Americano vs. Long Black is a coffee comparison that often confuses many coffee drinkers. However, the difference between these two brews is the preparation.

Americano has more water and a single shot of espresso, while Long Black contains two espresso shots and less water.

That said, Long Black is more robust than Americano.

But regardless of how these two coffee differs, it all depends on your preference.